Why Strapless Kitesurfing is overrated (or why you should strap yourself more)? 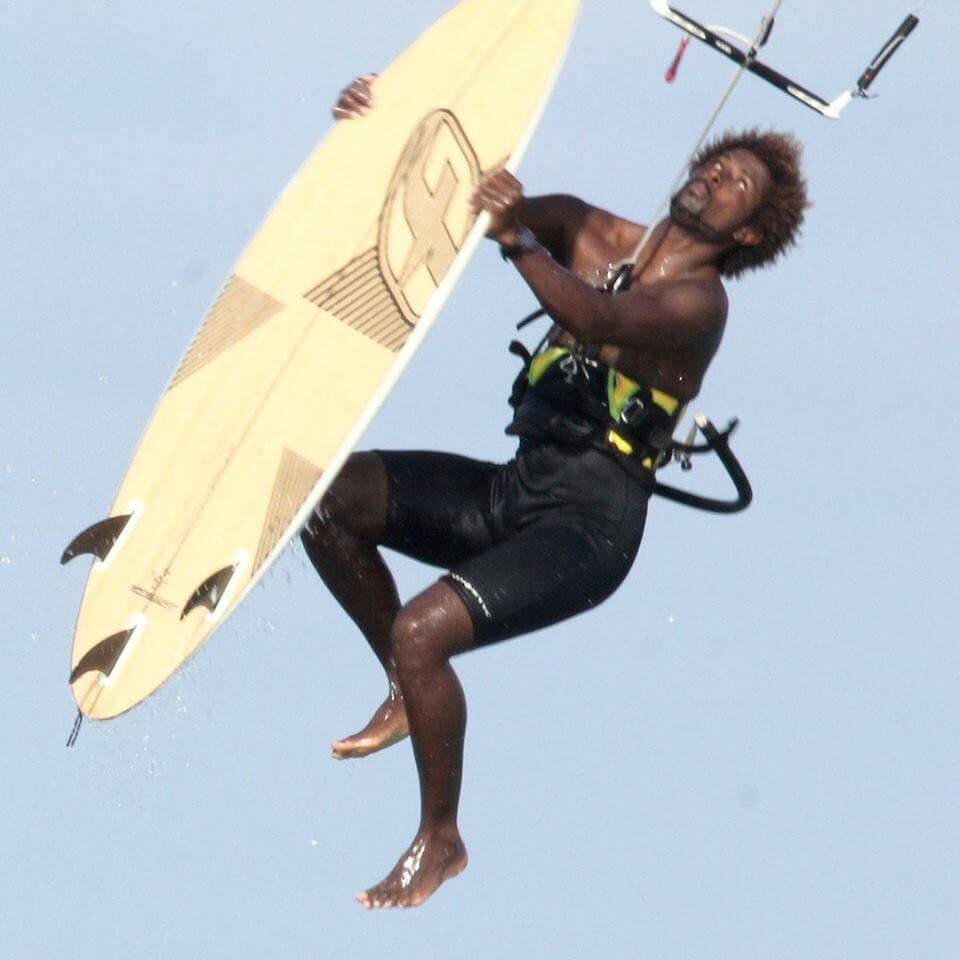 When in my kitesurfing youth, I stumbled upon a promotional DVD from a Stance’s magazine issue (a now online, French paper mag). That was the first time I saw a cool curly hair guy called Mitu Monteiro performing his, now famous, flawless strapless tricks.

At the time, I had never heard of, let along saw, such a thing. Even if it looked impossible, it opened a complete new world to me. Just like watching Ronaldinho do impossible stuff with a football. Even if I’m still unable to nail half of those strapless tricks (I have never been really keen in trying fancy tricks over and over anyway), it definitely opened my mind to strapless kitesurfing in waves.

It took me 2 or 3 years before I even considered to take the off the straps from times to times, but eventually never put them back in again! You will ask me why writing such a polemic title then? Well this is because of a recurrent observation made by many of my guests who come to Peru looking to ride waves with us. Looking retrospectively on wave kitesurfing, this is what I usually recommend: Here are 4 good reasons why strapless kitesurfing is overrated.

Or a debate Strapped VS Strapless.

Everybody should, especially if you’re a beginner. 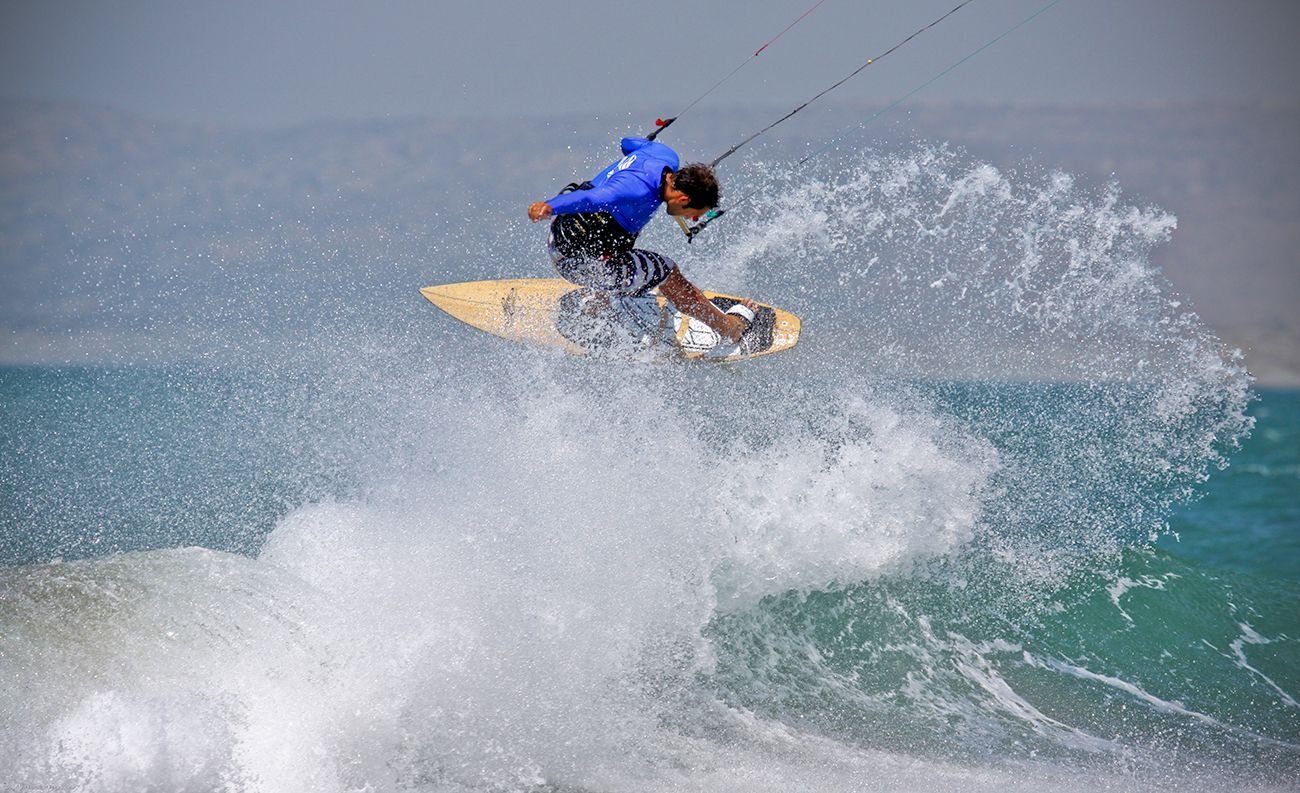 My first steps wave riding, here during a local contest in Lobitos a looong time ago.

Start from the beginning. If you’re taking your first steps as a guitar player, you’re not going to try and perform a Jimmy Hendrix or a Metallica’s solo. Well, it’s the same with kitesurfing waves: start with straps, and get confortable with them before you take them off. Even better, take them off  gradually, and depending on the conditions.

When the waves are good, the general idea is to have fun, and rip those pieces off nature shaped wonders. What’s the point struggling like a funambulist and loosing all the good stuff?

Quit the straps when it’s flat or when the waves are small to get confident, but put them back on to have the most fun when it gets good out there. Because you’re just starting wave riding, there is already a lot to figure out. How to balance your body, how to read the wave, and especially how to synchronize the kite with your turns are already enough of a challenge… In the beginning, being strapless is just another variable in the wave riding equation. Trust me when I say there is already enough to manage with the straps on.

Last but not least, a beginner wave rider without straps will fall off the waves more often making the next wave hard to ride for anybody else out on the water.

Even if you look cool 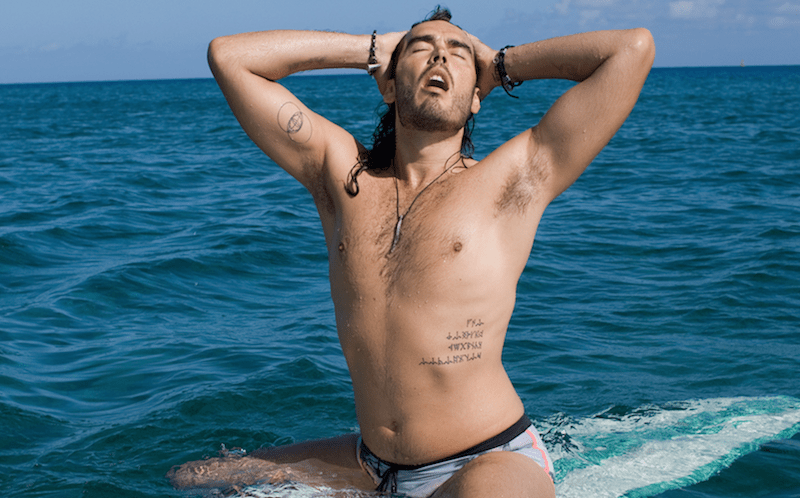 Yes, I know, this sounds a bit mean and I’m just teasing really. But let’s face it : few riders actually have the level required to ride waves strapless. We have all been beginners at some point. As a matter of fact, I am pretty sure a large proportion of wave kiters would have a much better time and show better style being strapped, therefor jumping high, doing powerful carves and ripping waves appart. For me it’s more about extracting the most Fun out of every wave and being strapped in will help you do just that.

Over the time, I’ve seen so many guys struggling to stay into the waves and looking funny in their maneuvers all for the sake of riding strapless. I don’t say you have to be Keahi De Aboitiz to enjoy strapless kitesurfing, but fighting the wave every step on the way isn’t the idea either.

3. Strapless should not be a religion 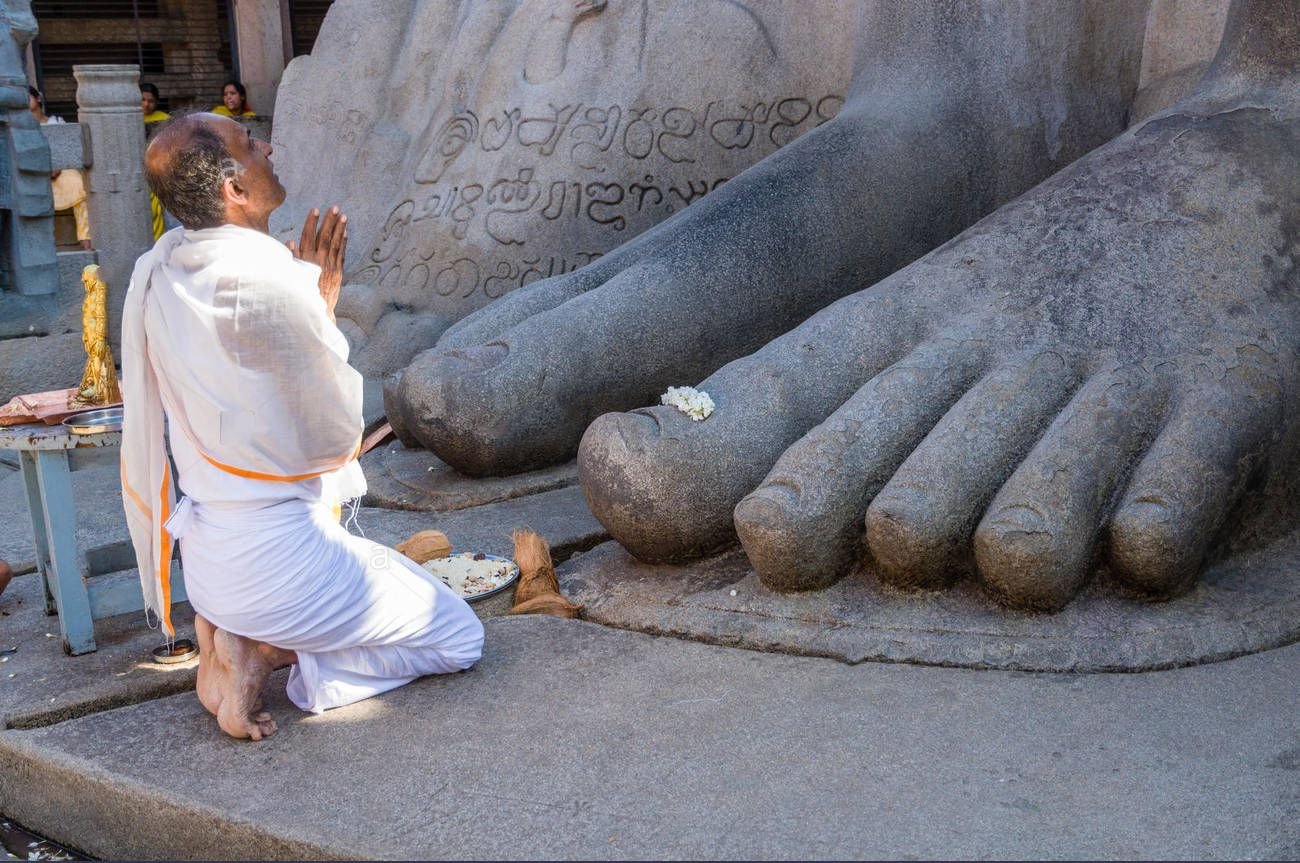 Nowadays, whatever your level, riding strapped will instantly make you an old school has-been.

As Robby Naish said: “You’re not cooler because you don’t have straps, and you’re not riding any better 80% of the time, so it’s funny to be like, ‘well I’m core, so I’m not gonna put straps on.’ (…) I can rip the head off a wave so damn hard with my straps on.”

How is that for a paradox :  I personally felt a lot cooler the day I took the straps off my board (I’m a southern guy French man and therefor sensitive to what’s cool) but it took me a longer time to actually look good riding the waves out straps. On the contrary, I have a few soul surfers friends who picked up kitesurfing after long years of regular surfing. Although they already ripped surfing, they did not see why they shouldn’t use straps and chose to really enjoy the full potential offered by being attached to the board. So here I was, struggling to stay on my board and trying to look cool, watching my strapped in friends nail the most radical turns or land magical airs that would have required unimaginable skills to land with a strapless board.

That’s the time I finally learned not to follow trends too much. Strapped-in kitesurfing offers great potential even to good kite surfers. But it will especially facilitate the neophyte and save the amateur from having to much of a rigid style riding a wave. Not to mention it literally gives you wings!

4. Strapless is not right in lots of conditions. 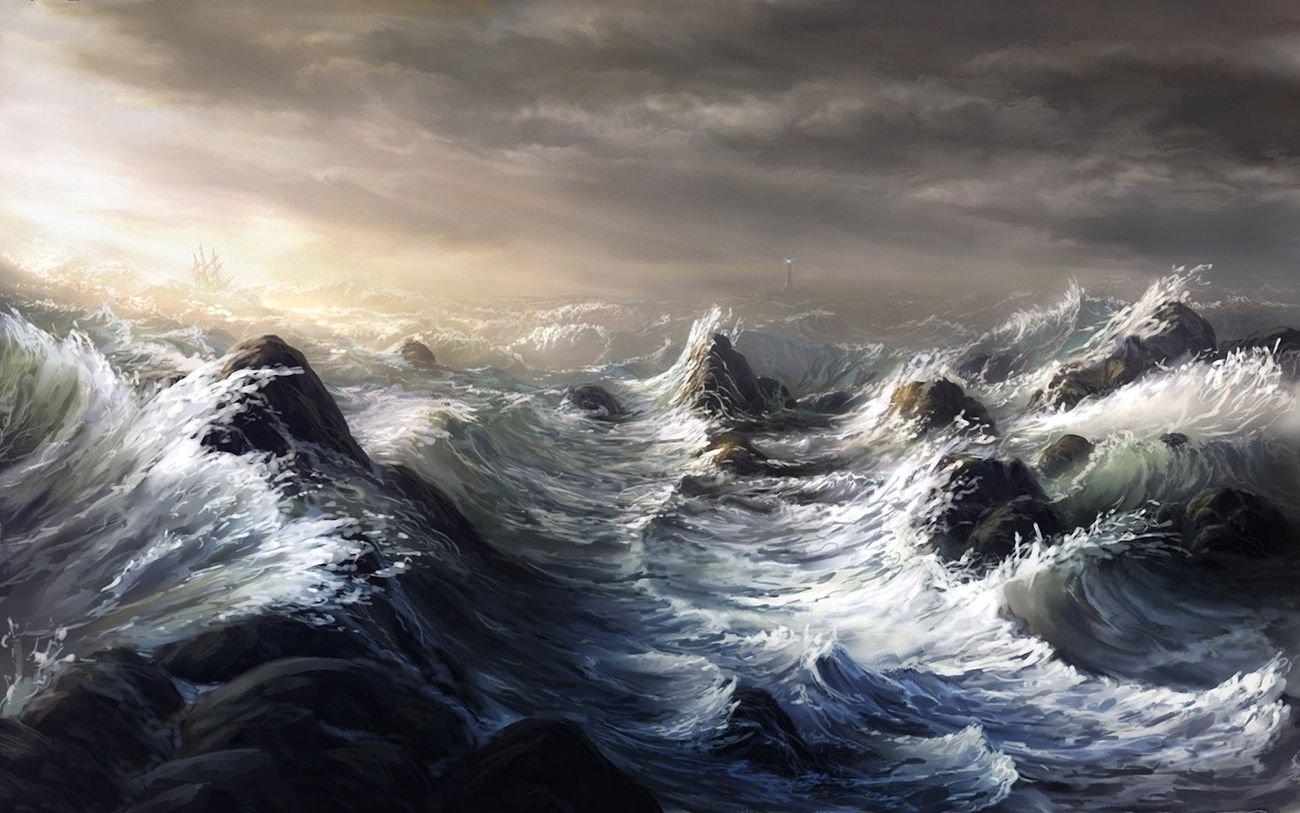 Strapless kitesurfing requires clean and perfect conditions. Although Peru has a lot of those conditions, most peoples home breaks do not.

In a lot of different conditions, being strapped will be more than useful, or it will save your ass. Most of the time it will change a bow-legged shaky session into a crazy fun free-riding experience!

Wave riding is gliding on a 3D, moving and mostly unpredictable surface. Hence why it is mostly about free riding and having fun.

Riding strapless has a really nice feeling to it but it will not make you look cooler : riding well does. And riding well means being confortable with the conditions and your equipment.

Although the “Strapless” word broadcasts a higher sense of freedom, it will actually not be the case for most riders. Do not bend to the trend’s dictatorship that has made strapless the norm and anyone strapped-in a has-been. As in clothing fashion, “trendy” can also be uncomfortable and unpractical.

In a lot of situations, being strapped-in will help you enjoy more than less if you see what I’ve done there ! 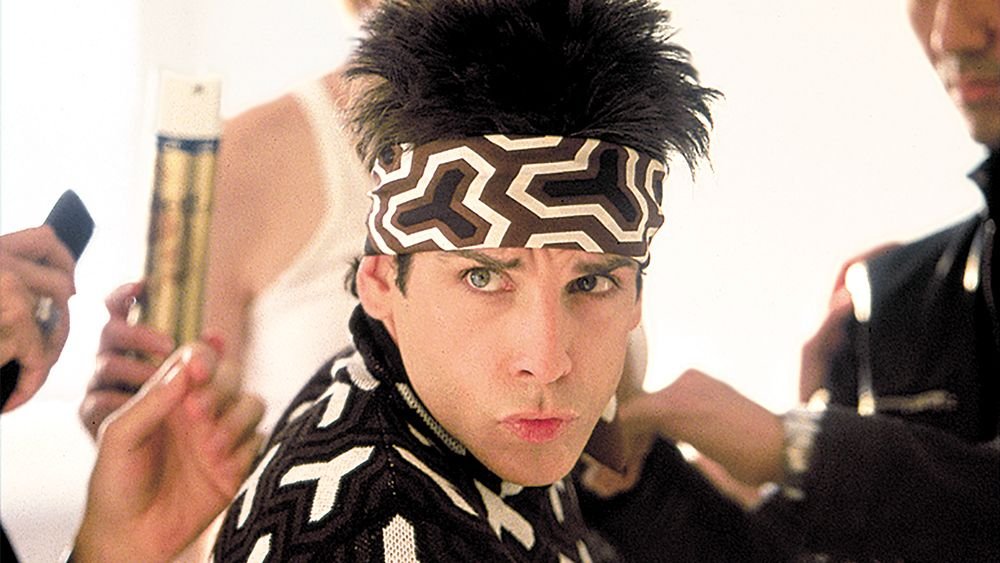 Founder of Wild Kite Peru. Before he fell in love with the north shore of Peru, Axel worked 3 years for the 32nd and 33rd America's Cup's event. He's part of the local Cabrinha team even if he doesn't know how to ride a twintip! However Axel has guided waveriders for almost 10 years on the North Shore of Peru.

We give 1% from our benefits to Ocean protection NGO’s

Leave us a message

We accept love letters to.